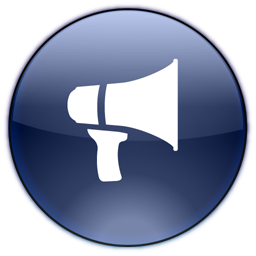 The greenway program arose in 1995 as a citizen initiative to improve quality of life in the region. The City of Roanoke, Roanoke County, Salem and the Town of Vinton established the Roanoke Valley Greenway Commission in 1997 with the signing of an Intergovernmental Agreement. At the same time greenway founders set up Pathfinders for Greenways, Inc. to be a non-profit that could involve volunteers in greenway development.

The effort to initiate a greenway program began in 1993 when local citizens of the nonprofit Valley Beautiful Foundation (Roanoke, Virginia) became interested in projects they had seen in other states. They met with city officials to encourage development of greenways in conjunction with replacement of sewer lines. Bringing in such speakers as Ed McMahon, Director of the American Greenways Program, and Sam Rogers, Tennessee Greenway Founder, they began an effort to educate officials and the public on the benefits of greenways.

In the spring of 1995 these citizens persuaded the four local governments to appoint representatives to a Greenways/Open Space Steering Committee. This Steering Committee began by taking field trips to North Carolina and Tennessee to see other communities’ efforts. Convinced that a greenway plan was needed, they persuaded the localities to fund services of a professional greenway planner. The Roanoke Valley-Alleghany Regional Commission facilitated this process and hired the Roanoke Valley Greenway Coordinator.

The summer of 1995 was a busy one as the Steering Committee, assisted by Greenways, Inc. from Cary, N.C., moved to involve the public in greenway planning. A luncheon for 100 elected officials and civic leaders and three public workshops with over 200 people convinced administrators that support for greenways was growing. Using public input on routes and priorities, Greenways, Inc. completed the Conceptual Greenway Plan for the Roanoke Valley in December 1995.

In January of 1996 the Steering Committee began implementation of the Plan’s recommendations by selecting a pilot project. An application for funding under the Intermodal Surface Transportation Efficiency Act (ISTEA) was filed for Mill Mountain Greenway, a cross-jurisdictional route from Roanoke City market to rural Explore Park. The Committee also convinced the four jurisdictions to fund a staff position to assist with greenway efforts around the Valley. In August 1996, Liz Belcher, our Greenway Coordinator, began work out of the regional Fifth Planning District Commission office.

The Greenways Steering Committee, originally appointed for one year, initiated organization of several groups to carry on the greenway effort. The Roanoke Valley Greenway Commission was established by the signing of an Intergovernmental Agreement on Earth Day, April 19, 1997. The Greenway Commission is an advisory body with appointed citizen and staff representatives from each of the four Valley jurisdictions. The Commission’s role is to facilitate coordinated planning, development, and maintenance of the greenway network.

A second group for citizens, called Pathfinders for Greenways, was incorporated to be a nonprofit, volunteer organization to assist with greenway education and promotion, volunteer coordination for construction and maintenance, and fund raising. In addition, the newly formed Western Virginia Land Trust made greenway protection one of its priorities. These three groups work with the four local governments, which retain responsibility for oversight of construction and management within their jurisdictions.